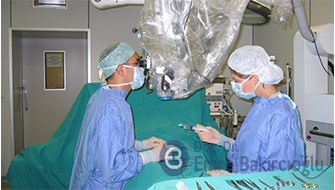 The method used for harvesting sperms from the testicles is also an important determinant of the quality of the embryo and the probability of impregnation.

What are the techniques for harvesting sperms from testicles?

Couple infertility is caused by the deficiency of the number, motility, or structure of sperms in the seminal fluid ejaculated by the male during intercourse, or by the complete absence of sperms (azoospermia), requiring harvesting by surgery. Sperms can be harvested from the testicles or from the epididymis, where sperms are accumulated on the testicles. Before preparing couples for assisted reproduction (IVF), semen samples from the males should be analyzed and genital examination should be done by a urologist.

The type of treatment is selected based on the cause of the problem, and 5 options are available:

Under which circumstances can sperms be harvested from testicles?

Sperms are surgically harvested from the testicles in azoospermic males who wish to have a child.

In males who have obstructive azoospermia, sperms are produced but they are absent in the seminal fluid due to an obstruction of the seminal ducts. In this case, PESA, MESA, TESA, or TESE may be indicated.

The complete absence of sperms (azoospermia) in the seminal fluid due to impaired sperm production may be indicative of non-obstructive azoospermia, and micro-TESE is the best option for this condition.

In males with impaired sperm production, open surgical technique has a better chance of success in harvesting sperms than aspiration, i.e. needle aspiration. Micro-TESE is considered to have the highest probability of success among other open surgical methods, in terms of finding sperms.

How to choose the correct method?

The fertility of a male should be assessed along with his spouse. If azoospermia or severe oligozoospermia (presence of very few sperm cells) is detected, complete medical history, physical examination, and laboratory tests would be ordered. In some cases, a testicular biopsy may be necessary to finalize the diagnosis. The procedure involves the removal of a small piece of tissue from the testicle to determine whether azoospermia is caused by an obstruction or impaired sperm production. A urologist specialized in reproductive medicine and surgery can select the most suitable method for harvesting sperms taking into account the results of all of these tests.

Every technique has benefits and drawbacks, and choosing the best method is key to successful impregnation.

What is testicular sperm aspiration (TESA)?

TESA is a procedure for harvesting sperms for use in in vitro fertilization therapy or microinjection. Usually, it is performed under local anesthesia and coordinated with the harvesting of eggs from the female partner. A testicle is guided into the testicle to aspire sperms. TESA is preferable in males diagnosed with obstructive azoospermia or vasectomy. Open testicular biopsy may be necessary in some cases where the attempts to harvest a sufficient amount of tissue or sperms by TESA fail.

PESA is a preferable harvesting method in the case of obstructive azoospermia caused by vasectomy or infection. It is performed under local anesthesia and concurrently with the harvesting of eggs from the female partner. Because this method involves driving the needle through the skin without visual guidance, problems such as harvesting too few sperms, bleeding or failed harvest can occur; we, therefore, prefer MESA for better sperm quality and higher amount of sperm, which involves performing the procedure with visual guidance under microscopy.

What is testicular sperm extraction (TESE)?

TESE involves a small incision on the testicle and removing a tissue sample to search for sperms. The procedure can be performed on a schedule, or concurrently with the harvesting of eggs from the female partner. TESE can be performed under local or general anesthesia.

MESA is indicated in males with congenital bilateral absence of vas deferens or epididymal obstruction. It is performed under microscopy in the operation room under general or local anesthesia. A small incision is made in the scrotal skin to access the epididymis. Compared to the aspiration techniques, MESA allows the harvesting of a very large number of mature sperms. The epididymal fluid is examined for sperms. Any motile sperms detected are harvested for immediate use, or frozen for use in the future.

Micro-TESE is indicated in males with azoospermia or impaired sperm production. It is performed under general anesthesia and a special microscope is used to sight sperm cells during the operation. Micro-TESE has significantly improved the probability of harvesting both a higher number and quality of sperms from the testicular tissue. And because a small amount of testicle tissue is removed, it is also considered among the most reliable methods for harvesting sperms.