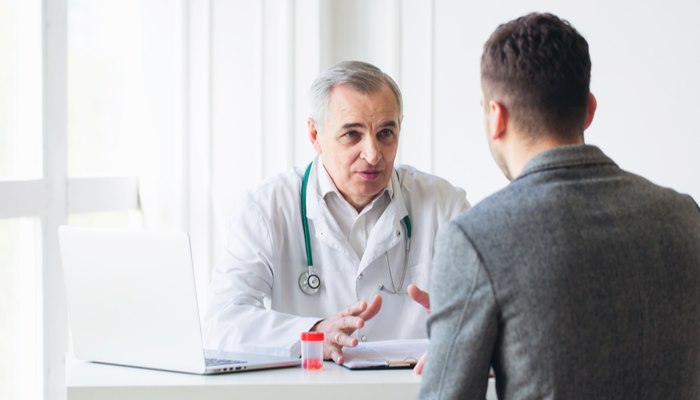 Varicocele is a congenital vascular anomaly in the venous structure of testicles. It progresses with age to cause impairment of sperm production. In very advanced cases, the testicle size may be reduced and testosterone production may be impaired. Some males may experience pain in the testicles or groin, in addition to impaired sperm production. Although usually the left testicle is involved, it can affect both testicles. According to WHO 1992 data on the seminal analysis of 9043 males, varicocele was detected in 25% of males with irregular sperm parameters and 12% of those with normal sperm parameters. In another study, 35 to 40% of males who presented with infertility had a varicocele.

Increased vascularization and reduce venous flow disrupt testicular function by:
1-increasing temperature,
2-disrupting oxygenation of the tissue, and
3-causing accumulation of harmful contaminants from the kidneys and adrenal glands.
It also disrupts motility, reduces the number or quality of sperms that were actually produced. These effects usually result in a reduced sperm count, structural impairment, and motility problems on the spermiogram. Meanwhile, despite the increased number of Leydig cells in the testicle, which are involved in testosterone secretion, the amount of testosterone secreted is functionally diminished.

Doppler ultrasound may be ordered for differential diagnosis in cases where a definitive diagnosis cannot be made palpation alone. During the 2002 annual meeting of the American Urological Association, it was reported that varicocele detectable solely by ultrasound examination was not clinically significant and did not warrant surgery.

Treatment involves surgically tying the vessels by microscopic surgery by access through the groin. Performing the operation under microscopy allows clearer identification of the vessels and careful avoidance of the testicular artery. Surgical intervention using this method increases the rate of success and reduces the probability of complications.

Treatment of varicocele is surgical, and it is called varicocelectomy. In adult males, treatment of varicocele is indicated by the detection of clinical varicocele, affected sperm parameters (low count and/or low motility and/or deformity), inability to achieve impregnation naturally for 1 year, and absence of any female factors. Testicular pain may also be indicative of treatment in some men with clinical varicocele. In an adolescent varicocele, surgical treatment may be indicated by 2 mL or less shrinkage compared to the opposite testicle (usually in comparison to the right testicle), softer consistency, and presence of grade 3 varicocele.

What are the surgical treatment methods of varicocele?

What are the benefits of subinguinal microscopic surgery?

It allows the clear distinction of cord elements, i.e. artery, vein, and lymphatics, preventing damage to the testicular artery. The operation aims to distinguish dilated veins and tie them completely. For this reason, the venous structures inside the cord and wide veins outside the cord are easily identified and tied. This increases the success chance of the operation. The probability of recurrent varicocele – actually, the oversight of existing veins during surgery – is minimized.

Numerous studies were conducted to answer this question. An average of 70% improvement of the overall semen quality (count, motility, and morphology) has been reported. The improvement of the seminal parameters is proportional to the baseline sperm quality before the operation. In other words, significant improvement should not be expected in patients whose parameter values were very low (count, motility, morphology) before the operation.

When should the seminal analysis be performed after varicocelectomy?

Because the production of sperms takes 3 months, the seminal analysis should be performed at least 3 months after the operation. Improvement of seminal parameters may extend over 6 to 12 months.

Can varicocelectomy improve the chances of pregnancy?

Can baseline seminal parameters predict the pregnancy chance after varicocelectomy?

Some studies in recent years have report sperm ejaculation in azoospermic males after varicocelectomy. However, pathological assessment of the males who benefited from varicocelectomy showed arrested maturation of sperms at the spermatid stage or very few spermatozoa in the tubules (hypospermatogenesis). It has been reported that this operation did not result in sperm ejaculation in males with early-stage maturation arrest or germ cell aplasia.